You are here: Home / About us

The company was established in August 1948 by Mr P. Solleveld Sr. in August as a broker in vegetables and fruit.
Housed in De Lier, Westerlee.

Son P. Solleveld Jr. began working with his father in February 1967.
After the founder, Mr P. Solleveld Sr., died in 1968, his son continued the business and began exporting in 1970.

The company has meanwhile expanded into a medium-sized export company in vegetables & fruit with approx. 50 employees and 9 lorries of its own.
After being housed in De Lier for 50 years, the company relocated in 1998 to the transport centre in Maasdijk where it developed into what it is today following the construction of the new premises in 2008. 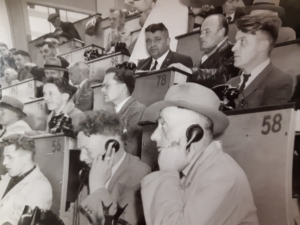